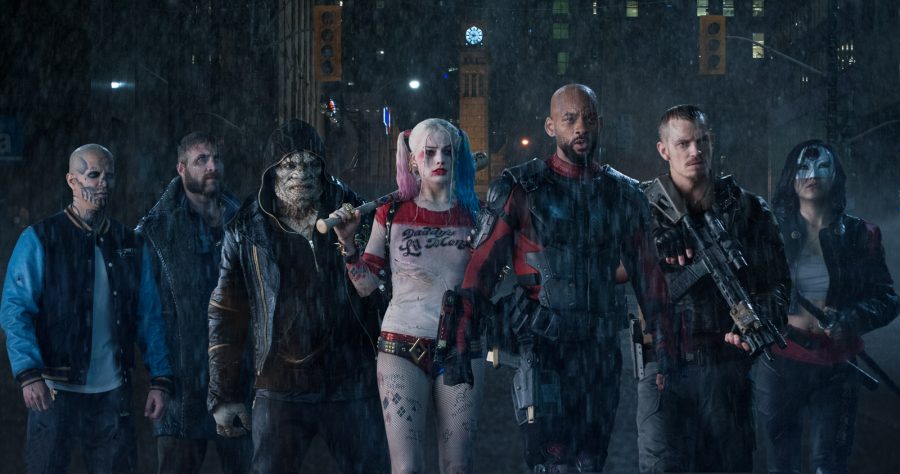 Is Suicide Squad Worth Watching?

In a time long forgotten comic books were the outlet for nerds and social outcasts. However, Hollywood has recently turned them into large budget movies, some of which have become loved by critics and viewers alike and others that have become known as failures that should be forgotten.

The most recent comic book movie that has come to garner a lot of attention from the public is Suicide Squad, but this movie has received mixed reviews from both the public and the critics. The new debate is if Suicide Squad is worth watching or not.

For those who don’t know what Suicide Squad is, the story takes place after the events of Batman v. Superman. High ranking government official, Amanda Waller, convinces the Pentagon to create Task Force X to prevent another superhuman from threatening the United States’ national security.

Task Force X is a group of super-villains with special abilities banded together to fight whatever the government deems a threat to national security. For their service they are given a few years off of their prison sentence. To keep them in line, they have been implanted with small bombs that can be triggered to explode should they disobey, hence the nickname “Suicide Squad”.

Although in the comics the cast of Task Force X constantly changes, Suicide Squad the movie focuses on a set few. These consist of Deadshot, the hitman who never misses a shot, Captain Boomerang, an Australian bank robber who uses razor sharp boomerangs to commit his crimes and El Diablo, an ex-gangster who used his flame controlling abilities to gain power on the streets until he destroyed all the things he loved in anger. More characters are Killer Croc, a mix of man and crocodile with a mysterious background, Harley Quinn, a former psychiatrist at Arkham Asylum who fell in love with The Joker and was eventually tortured into insanity by him and Katana, a Japanese sword fighter who uses a sword that traps the souls of its victims. Lastly there is the Enchantress, an ancient Mayan Goddess who possessed the body of archaeologist June Moon who released her from her resting place. Although Amanda Waller is the group’s official director, Task Force X is lead by Col. Flag in the field.

Although he isn’t in Task Force X, the Joker is certainly worth mentioning. Jared Leto’s performance of the Joker is a mix of the comic book Joker and a modern day pimp, that is what makes the character more appealing to a modern audience.

The performance of the Joker in this movie wasn’t the best in film history, but its biggest problem is being in the wake of Heath Ledger’s Joker performance.

“There’s people who don’t like it, because people are comparing it to Heath Ledger’s Joker,” Alatorre said.

The plot of the movie is that The Enchantress escapes Waller’s grasp and releases her brother from his resting place. Then they start turning humans into zombie-like creatures and build a machine to destroy mankind. Task Force X is charged with stopping them from destroying the world. At the same time The Joker is trying to rescue Harley Quinn.

The movie initially gained hype from the public and it had people like senior Daniel Alatorre very excited to see it in theaters.

“I was there an hour early, just to make sure that I got a spot,” Alatorre said

However, with a plethora of mixed reviews the question still remains. Is Suicide Squad worth watching? Unfortunately the answer is not just a simple “yes” or “no”.

With a comic book movie, you expect there to be a lot of action and fighting. There was plenty of it in this movie. However, it felt repetitive and stale after a while. The squad would get quiet and sneaky as they approached The Enchantress’s minions, then the fight would break out, some slow motion that wasn’t bright enough all of the time to even tell what was going on. Then some of the minions would try and take Col. Flag, they would stop them and it would repeat in the next action sequence.

Another problem is that the characters in the movie had about as much depth as a kiddie pool.

“I think the movie didn’t do well on focusing on certain characters,” Alatorre said.

Some characters got more background story than others and some of the characters had about three or four lines in the entire movie. A good example of this was Killer Croc. He had no backstory to him, he had about four lines total in the movie and all of those lines would simply perpetuate the common stereotype of an African American man in his mid-20s.

Although many scenes were cut from the movie, there were still scenes that had almost no purpose in the film. For instance, Harley Quinn smashing a window to steal a purse, the introduction of a new character for the sole purpose of killing him off to show that they really did have bombs implanted in them and a scene in a bar where the squad complains about their problems in the middle of the apocalypse.

Many of the original scenes were cut to keep a PG-13 rating.

“I think if they made it rated R, then it would’ve been, I think, way better. It would’ve had more scenes and more back story,” Alatorre said.

The best you could hope for is an extended cut coming out in the near future for more depth in the story.

The soundtrack was arguably the best part of the film altogether, in fact, it was so good it became number one on iTunes. The mix of many different genres and artists not only go well with the movie with the movie in their respective scenes, but also serve as arguably good music just to listen to on your own.

“The soundtrack is amazing. They used a lot of artists to make and put together the soundtrack,” Alatorre said.

Though it has its flaws, Suicide Squad still provides a great watching experience. If I had to answer the question “Is Suicide Squad worth watching?” I would have to say yes.

If you want a picture to show with your comment, go get a gravatar.