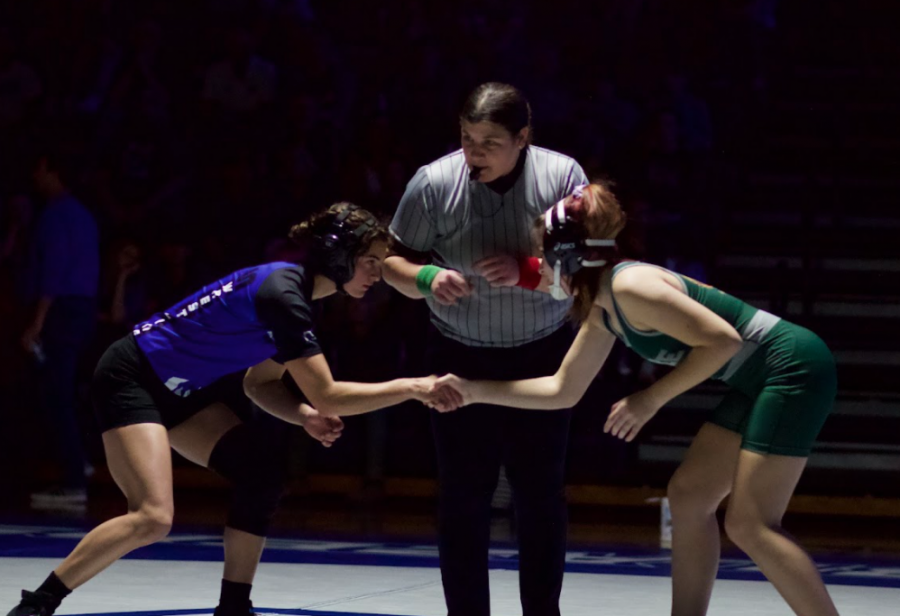 With the fall sports coming to an end, it is time to make way for the upcoming winter sports. There are four different sports teams available for students to join. Those teams are wrestling, girls’ basketball, boys’ basketball, and bowling.
WRESTLING
“Wrestling is a good sport where anybody that wants to try has the opportunity to do it,” said wrestling coach Tyler Cordts.

Coach Cordts has been coaching the wrestling team for fourteen years.

“There is no limit to how many people can be on the team,” Cordts said. “As many that want to come out. They will find a way to put them somewhere.”

Students do not have to try out for the wrestling team. There will be wrestle-offs in which the students will wrestle in a tournament where the winner will get the Varsity spot. Each week, the other student who competed can challenge for a Varsity spot if they would like.

“There may be some Covid stuff coming our way this year that makes it look a little different, but we’re pretty much 90% back to a normal season,” Cordts said.

Most likely, this season, the girls’ and boys’ teams will be split up in different locations, and this year, the girls can only wrestle with other girls.

“I’m super excited,” Cordts said. “Most excited I’ve ever been.”
GIRLS’ BASKETBALL
“We welcome anybody that wants to play, and to come try out,” girls’ basketball coach Joe Leiker said.

There are four teams within girls’ basketball. The amount of cuts that are made depends on the number of students that show up.

“Probably the maximum [amount of students that can join the team] would probably be about twenty at the junior varsity level and twenty at the C-Team Freshman level,” Coach Leiker said.

Two new coaches will be joining the staff this year, Coach Bonar and Coach Dieckgrafe.

“I’m super excited,” Coach Leiker said, “I’m really excited about the group we have.”
BOYS’ BASKETBALL
“Students do have to try out for the team, and there is no maximum number of students who can join,” boys’ basketball coach Zachary White said.

This is White’s second year coaching the boys’ basketball team.

“Usually with the Varsity, JV, and C-team, all of that together, we usually keep around twenty kids, maybe twenty-two kids,” White said.

The Varsity, JV, and C-Teams will all be able to practice after school together this year, however.

“[A student is put on JV or Varsity] based off of a variety of factors including skill level, their ability to fit into the team, their overall play on the court, they have to be eligible and have the grades to be able to do it, and a number of other factors,” White said.

On average, about twenty kids are kept around for the Freshman A and B team.

“It’s always a lot of fun to see the growth of the team over the course of the season from where we start to where we end,” White said.
BOWLING
“Students are chosen for the team typically based on their averages,” bowling coach Derek Wilson said.

There will be twelve students chosen for the boys’ team and twelve for the girls’ team.

“We will probably keep one or two extra each just in case someone gets sick or whatever,” Wilson said.

“Sometimes, the team needs somebody that maybe doesn’t have as high of an average, but they have a chance to get a higher score,” Wilson said.

This year instead of bowling all together at practice, students will practice all across the bowling alley like normal.

“It’ll be fun and good to have both full teams,” Wilson said.