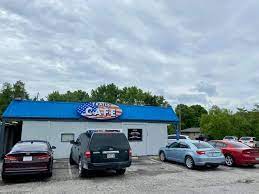 On Thursday, October 15th I [Turner Brown] went to Trails Cafe with fellow newspaper staff journalists Zach Gunby, Alyssa Huffmaster, Ethan Hunting, and Mckenzie Sullivan to review their food. We went to review the service, food, and atmosphere of the restaurant and give good feedback in our school’s newspaper.

When we entered the restaurant and were seated we all agreed that the restaurant seemed very cramped and like there was little to no breathing room. Once we were seated though we took our drinks and orders. Ethan ordered water and Biscuits and Gravy, Zach ordered orange juice and the pancake breakfast, Mckenzie ordered Coffee and fried eggs, Alyssa ordered coffee and biscuits and gravy with french toast, and I ordered milk with a double cheeseburger.

Once we were done eating we began to review the food we had just eaten and had this to say about our meal.

Ethan claimed that the food he had eaten was extremely overpriced for the quantity and quality of the food. Ethan said the food was extremely mediocre and his water pH levels were too high for him to enjoy it. Overall Ethan rated the restaurant a 4/10.

McKenzie claimed that the food she ate was overall okay. The food wasn’t great but not by any means bad. She did feel though that the waiter we had was very odd and sent us a lot of strange comments. McKenzie said the menus were gross and could definitely use some new printing and lamination. Overall McKenzie rated the restaurant a 6/10.

Alyssa claimed that the food she ate wasn’t as bad as the rest of us claim. Alyssa said the service definitely wasn’t the best experience she’s had, the building was way too crowded for her to feel comfortable, but thought the food was very good. She enjoyed her french toast and biscuits and gravy. Overall Alyssa rated the restaurant a 6/10, 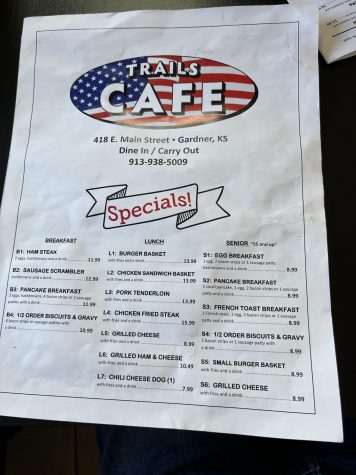 Zach claimed the food we ate was extremely overpriced and almost all his food was undercooked or tasted bad. First off Zach tasted the orange juice but he felt it was the worst orange juice he has ever tasted. Zach also said like Ethan that the food was overpriced talking about the $8 mozzarella sticks that were extremely small and we were only given 6 of. He felt his pancakes fell apart way too easily, the scrambled eggs he tried were undercooked, but said his bacon and hashbrowns were about what he expected. Zach also, like McKenzie, felt as though the waiter gave us very strange comments. Overall Zach rated the restaurant a 5/10.

I had a few comments about the food myself. First off, like my fellow staff members, the tables were extremely close, the waiter we had given strange comments, and the food was extremely overpriced. My burger was very difficult to eat and enjoy. The burger fell apart in my hands and by the end of my meal I had lettuce and chunks of meat just sitting on my plate because it fell apart. The buns were extremely small compared to the size of the patty I was given which made the burger difficult to get a good hold of. The fries were about what you’d expect and the patties flavor on the burger was definitely better than my expectations. Overall I would rate the restaurant a 4/10.

Overall the staff members agreed the food was overpriced, service was definitely different compared to other restaurants, and it was too cramped for us to enjoy our meal fully. Overall the staff’s average score of the restaurant is 5/10.