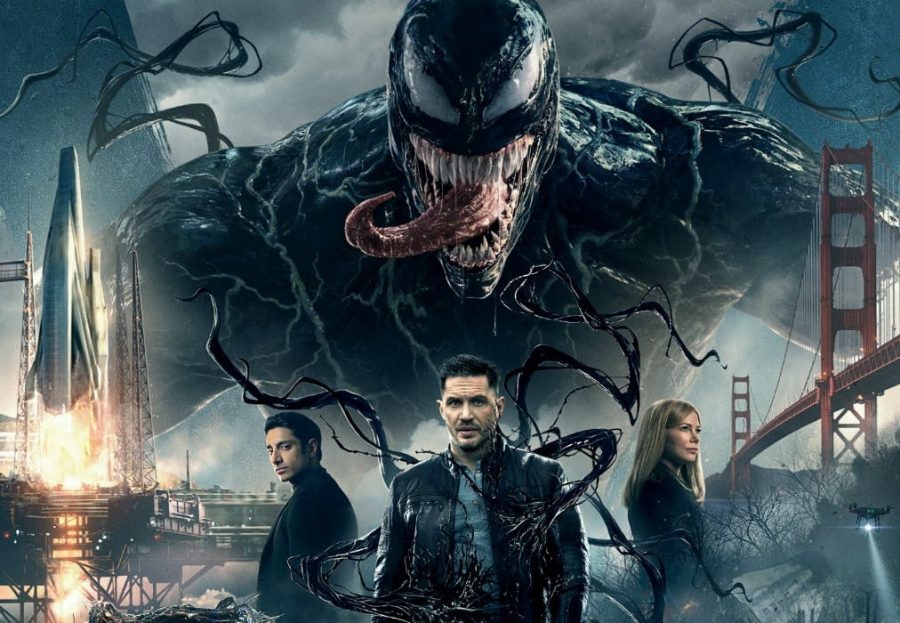 One of the newest blockbuster big superheroes or rather anti-hero movie that recently released was Marvel’s Venom. Many genuinely anticipated this movie seeing as venom is one of the best spider-man villains to be created. Despite the excitement and hype circulating around venom, critics spared no criticism with this movie stating it was one of the worst marvel movies to surface.There were complaints on how the movie wasn’t comic accurate and poorly written, but these can easily be put to rest.

Venom starts out with investigative journalist Eddie Brock and his fiance Anne Weying and Anne works for a law firm that was defending the life corporation which Eddie was already investigating and writing a story on its CEO Carlton Drake. Eddie takes a step too far and looks into Anne’s computer and looking at legal documents to have dirt on Drake causing her to lose her job and him the same. Eventually, Eddie is contacted by a doctor at the life corporation saying they were killing people with inhumane experiments with alien life they called symbiotes. As Eddie goes into the lab to investigate one escapes and merges with Eddie now creating venom.

The character Venom itself is owned by Sony in association with Marvel so fans were suspicious on the quality and accuracy of this movie. Everything put aside this was a great movie and it was fun to sit through and Tom Hardy absolutely nailed Eddie Brock and had amazing chemistry with Venom itself. Most fans had the complaint this was not accurate to the comics but understandably so due to the fact Sony owns Venom and is not allowed to portray Spider-man in any way since Venom is his villain the movie tries to stay close to the story like hinting Eddie losing his job at the daily bugle where Spider-man also worked to the symbiote crashing to Earth. Fans also criticized the fact it was a PG-13 movie rather than a rated R movie with more violence and limb tearing. Due to how superheroes are so mainstream and advertised to kids they want a broader advertising market. This is all based on opinion but the movie is a great watch and something new that’s never been done before and was great to see a childhood hero hit the big screen.